2. Principles for use of RSI

(1) the selection of fast and slow lines and the definition of gold and dead forks are basically the same with MACD.

(4) the curve morphology of RSI also has a function of forecasting.

(5) when the RSI curve forms an inverted pattern at a higher or lower position, it is a relatively clear signal of market reversal. It is important that these pattern appear in higher and low positions and that more distant the 50, the more credible the conclusion is.

(6) the deviation of RSI indicators meaning is the same as the MACD.

(7) when an RSI curve forms a single peak or a single valley, it cannot be used as an inverted signal. Only when the second peak or the second bottom appears can it be clearly concluded.

RSI indicators leading meaning: As you can see from the graph, at the time of the exchange, the RSI is a gradual downward trend, and based on the lead of the RSI, you can tell that the price of the price is going to be a fall in the back of the market. 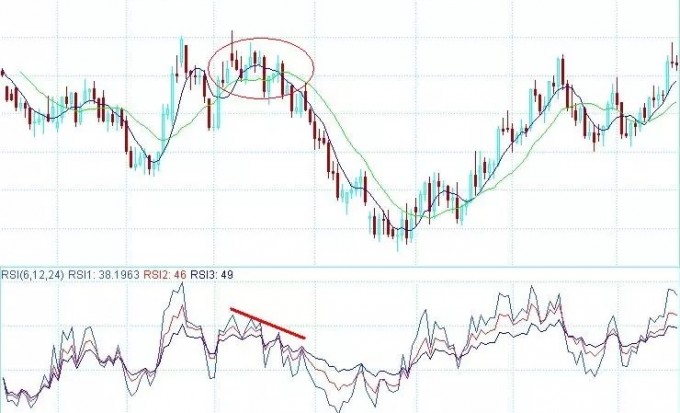 The deviation from the RSI index is as follows: 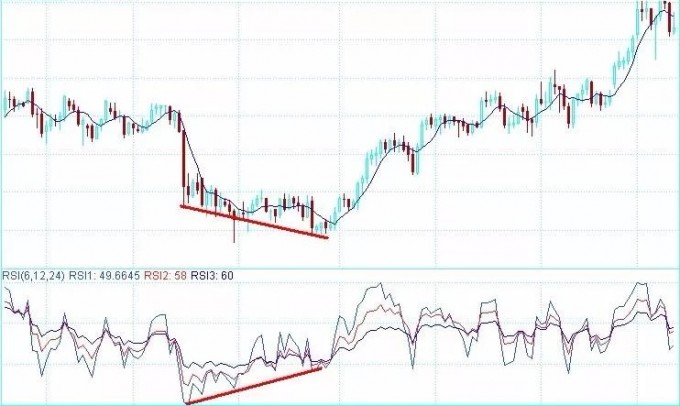 Random index, the technical analysis tool used in futures and stock markets. It is on the chart by K and D formed by two lines, K line as an index of express, D line as a slow line indicators, therefore also referred to as “KD line.

J= 3k-2d, J line greater than 90 is overbought, and less than 10 is oversold, but J line indicators are too sensitive and should be used together with KD line.

KD exceed 80 for consideration, and less than 20 for consideration. But in the actual investment, the investor must combine the form to analyze. When a high or low position forms a double peak inversion or a head shoulder, it’s a signal to take action.

Golden cross appear position should be lower, it is in the oversold position, the lower the better.

The number of intersections. Sometimes the k-line and the d-line are going to cross several times at the low end, and the minimum of the cross is the buy signal, the more the better.

The condition of forming a dead fork is the same as the golden fork, but it is the opposite of the situation.

As you can see, the inside of the circle is a gold fork, and the square is a fork in the box. 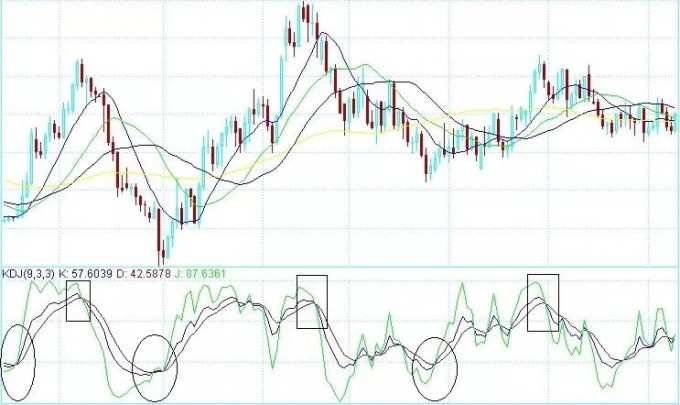 The William indicator shows whether the market is overbought or oversold. The meaning of gold fork, dead fork, fast line and slow line is basically the same as KDJ indicator principle.

William index hits the top and bottom at least twice, usually no more than four times, and the curve is above 20 or above, can be a clear buy and sell signal. As this indicator is too sensitive, it is better to judge it together with RSI, KDJ and other indicators in the operation process. 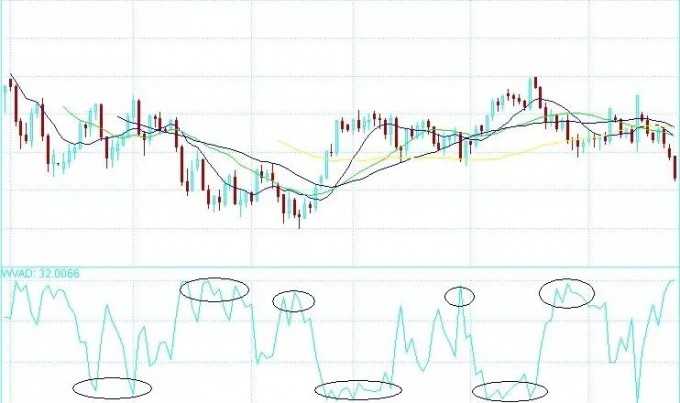 Note: in the short term operation, the dramatic changes, William indicators should be paid attention to when rapid rise or fall of continuous overbought and oversold, exactly is the continuation of a strong, rather than the reverse.