U.S. economic data continued to be strong, with the federal reserve raising interest rates as scheduled in September. The core PCE price index rose 2% in August from a year earlier. September’s non-farm payrolls added 13.40 million people, and the unemployment rate in September was 3.7%, which was a new low in December 1969. Although the ISM manufacturing index was at 59.8 in September, slightly weaker than the previous month, the overall U.S. economy is still very healthy. Its economy is still down in that euro zone as a result of the weaken of the euro in the early stage and the weakening of global demand. The preliminary euro zone composite PMI for September was 54.2, down slightly from 54.5 last month. At the same time, Italy’s political instability and the pending brexit deal have added to European economic uncertainty. A slight widening in the expected divergence between the U.S. and Europe on citi’s economic surprise index, coupled with the hawkish views of fed chairman Powell, has seen a recent surge in the dollar index, while the 10-year Treasury yield has topped 3.2% for the first time since 2011, further flattening the yield curve. We think the American economy has been getting closer to the peak of the boom cycle, but it’s still early to talk about the decline of the recession, and the four-quarter dollar index is still mostly in the range. 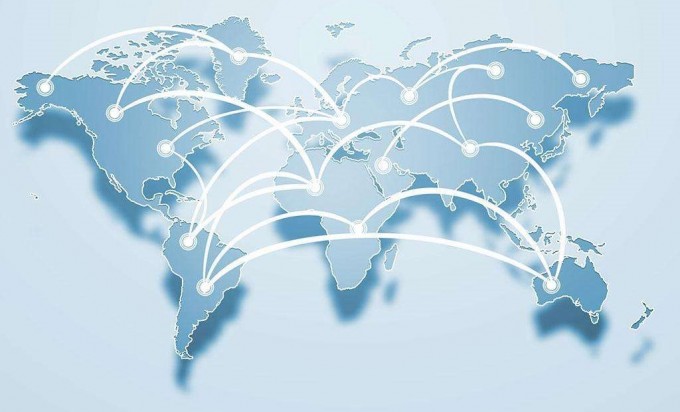 The emerging world’s crisis warnings remain. We think, as the federal reserve to raise interest rates, and the range further shrinkage table a month to $50 billion a month, and the European central bank is completed at the end of December QE, global liquidity inflection point further approaches, emerging market countries continue to face greater downward pressure in the fourth quarter, subsequent continue to focus on Brazil, South Africa, Mexico and other countries in the “double deficits” potential risks.

The latest economic data showed further downward pressure on China’s real economy, with total industrial corporate profits rising 9.2 percent in a single month in August, down from 16.2 percent a month earlier. The official PMI came in at 50.8 in September, up from 51.3, while the caixin PMI came in at 50.0 and 50.6, both of which were the lowest so far this year. On the other hand, the data in August is better than the market expectation, which is mostly the trust financing and the improvement of the undiscounted bill financing, but the improvement of these two things is still to be observed. In my judgment, the infrastructure matching credit demand of big Banks in the fourth quarter is the focus of the improvement of the credit structure in the table.

With downward pressure on China’s real economy and further increasing uncertainty about external demand, more proactive monetary and fiscal policies in the fourth quarter are expected to be implemented.

On the other hand, the market’s recent expectations for inflation to rise continue to simmer. The current pork prices are falling, but gains is still higher than the historical period; Meanwhile, vegetable and fruit prices, which have been hit by natural disasters, remain high and volatile. A recent surge in oil prices has also been a potential source of inflation, with both oil and cloth hitting new highs recently on the back of supply contraction logic as Iran’s oil embargo and bottlenecks in U.S. shale oil shipments remain difficult to remove in the short term. I still think that there’s a limited chance of a big increase in inflation in this year, but it’s a matter of continuing to focus on a couple of factors at the same time, and it’s going to have a spiralling effect that could be driven by a higher inflation expectation.

II. the categories of assets

As for the equity market, in the short term, the policy side still supports the improvement of the market risk appetite, and the stock market witnessed a significant rebound in September. More positive policies are still to come, and I think the fourth quarter a-share rally will continue in twists and turns. In the medium term, with the valuation gradually approaching the historical bottom, I still believe that the current equity market has a high price/performance ratio. The new financial regulation is relaxed, and the entry of financial funds into the market and internationalization also provide a good environment for incremental funds. 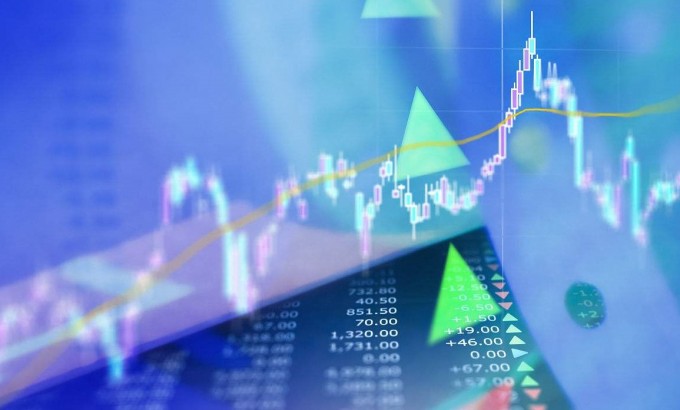 In terms of the industry, I suggest that we continue to focus on sectors with sound fundamentals, improved industrial structure and relatively more reasonable valuation. The financial sector in the fourth quarter and quality leading stocks with high dividend yield deserve our attention. On the theme, we believe there are still structural opportunities in areas of new economic growth and infrastructure-related areas that the central government will focus on in the future.

In terms of the bond market, the peak of local bond issuance has passed, and the pressure of capital demand for previous centralized issuance of local bonds is expected to ease. In addition, the central bank will continue to release liquidity that will further release the bond supply, and in the context of the nominal growth of the market, the bond market has a chance, and it will be weakened by the fact that the government bonds are being squeezed out of the local debt, and some of the lower level of credit prices will benefit from the further repair of the economic expectations, and I think the interest rate debt and some of the expected restoration of the credit debt will be possible. 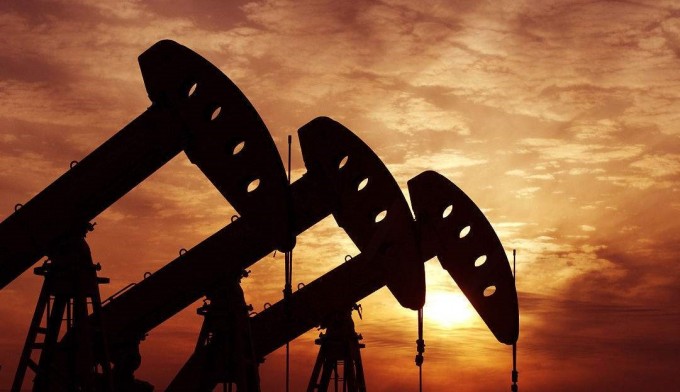 Brent rose 4.13 percent to $82.72 in the third quarter of 2018. Brent prices surged 23.70 percent and WTI prices surged 21.23 percent between the start of 2018 and Q3. The upside is generally in line with our expectations from last quarter. We believe that the marginal change of oil price has changed from the logic of supply and demand in the first half of 2018 to that of geopolitical changes. At the heart of the Q4 oil price change is the strength of U.S. sanctions against Iran.

In the fourth quarter of 2018 oil market outlook: Iran cuts increase in supply tight, superposition of the government of the United States, about the price of oil is expected to brent oil prices in 2018 q4 center will rise to $85 - $90 / barrel. Looking forward to 2018Q4, we judge that geopolitics will lead to tight oil price supply. U.S. sanctions on Iran would add $6- $9 a barrel to oil prices. 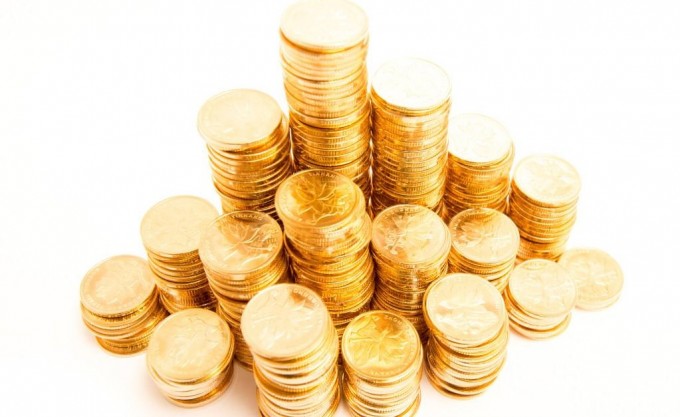 By the end of September, while the COMEX gold index had fallen 12.7 per cent from its high of $1,370.5 an ounce in January, we expect the fourth quarter to remain under downward pressure on gold prices. It is mainly based on the following two judgments: first, the high U.S. bond yield will exert greater downward pressure on the price of gold. The yield on the 10-year Treasury has been rising steadily since 2018. Entering October, the yield on the 10-year Treasury note broke above 3 per cent. Second, December fed rate hike expectations are strong and the dollar is bullish. The dollar’s rise is bad for gold, whose monetary nature is the main determinant of its price. At the fed’s monetary policy meeting in September, 12 fed commissioners expected four rate hikes in 2019, up from eight in June, meaning the fed’s December rate hike was a high-probability event.

It is difficult to reverse that strong pattern of short-term dollar, but the momentum is reduced in the medium term. In the third quarter of 2018, the dollar index as a whole continued the strong trend of the us dollar index in the second quarter, with a fluctuating upward range between 93 and 96. Since the beginning of the year, virtually all currencies have depreciated against the dollar. 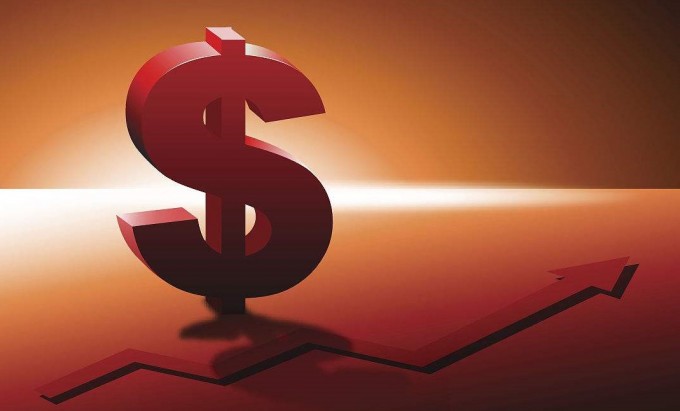 Q4 2018 market outlook: in the short term, I think the dollar will remain high and volatile and difficult to reverse, given the continued economic pattern of strong U.S. and European weakness, risk aversion from European and emerging turmoil, and the certainty of fed interest rate hikes in the fourth quarter.

In the medium to long term, I think the dollar index has overshot, with some emerging market currencies in Europe in particular showing signs of overshooting. And while the tax cuts are tantamount to in-flight refueling, prolonging the expansion of the us economy, they are a double-edged sword: the ballooning fiscal deficit does not support a stronger dollar in the medium to long term.

At present, China’s foreign exchange reserves are relatively stable, and the pressure on the RMB is relatively controllable. In the future, we expect that the central bank can still intervene by strengthening exchange controls, pumping water offshore and guiding the fix through the window. Therefore, the countermeasures are still adequate. In the medium to long term, given the unsustainability of dollar strength, the RMB exchange rate may be resolved.